Readers may recall, I penned a previous article on the pitfalls of getting the instruction of your expert right from the outset. I was reminded of the importance of this again, when reading the recent reported case of LRCB v AJB Sh. Ct.  15 July 2022.

This was an action for divorce. Parties married in 2007 and separated in 2013.  Both parties owned equal shares in a company which operated two dental surgeries. One was leased and the other was owned by the company. Parties had agreed an "appropriate valuation" under s 10(3A) of the Family Law (Scotland) Act 1985 (the "Act") for the company shares of circa £1.6m. The value of the shares at the relevant date would have been lower. A pre marriage dental practice, owned by the husband/defender pre marriage, was incorporated during the marriage and each party allocated an equal share. No value for that practice was stated in the accounts, on incorporation.

The wife/pursuer led expert valuation evidence from a surveyor for the value of the heritage owned by the company, a forensic accountant for the value of the shares and a business valuer specialising in the sale of dental practices. No witnesses were led by the defender to counter the opinion of the surveyor, who had relied on comparators and his considerable experience, for his opinion on value. He could explain his rationale to the court and no positive contrary evidence was led by the defender.

The business valuer was very experienced in selling similar businesses and he had been instructed by the company to sell the business in 2019 when an offer of circa 1.3 m had been received. Both parties had accepted the offer and raised no concerns about the saleability. In that offer the heritage had been attributed a value of £900k and the business goodwill and equipment £400k. That sale did not proceed.

The pursuer's forensic accountant gave evidence where he had considered three sets of accounts and had opined on a suitable multiplier for EBITDA. This was the same multiplier as opined by the business valuer and he assumed that the business would be sold on a willing buyer willing seller basis as a going concern.

The defender led evidence from a chartered accountant who proposed a valuation based on a "hybrid approach" between turnover and EBITDA saying that this was somehow standard practice with dental practices and when asked about why he had taken this approach he stated "The dental valuation market is very unusual. If you ask a dentist what they think their Practice is worth, they talk about fee levels". The court rejected his approach as not being one which was based on objective evidence, but based on what the recipient of the report wanted to see.

The defender owned his NHS patient list personally. His expert sought to discount the valuation as, in a forced sale, the list would be retained by the defender. The court rejected that on the basis that the test for valuation of the shares was an assumption of a willing buyer, willing seller and the defender would not withhold the patient list in those circumstances. The suggested discount of 20 per cent was also without any explanation or justification and was also rejected by the court.

The defender's expert suggested a further discount on the basis that there was a lease of one of the premises which was due to end soon and it was not known if it would continue. The pursuer's expert directed the court to the fact that the assumption has to be that the business is going to continue as a going concern and if there were leases, they would be renewed, unless there was information to the contrary.

The defender's expert was also considered to have stepped out with his expertise criticising the surveyor's valuation of the heritage. It was clear he had not seen the surveyor's report either.

The defender argued that because there had been an increase in the value of the company from the relevant date to the appropriate valuation date, and that increase was wholly down to the efforts of the defender, the court should, in the division of matrimonial property, reflect that by awarding to him what he termed the “further and significant economic advantage from that contribution” …… The defender submitted that it would be manifestly inequitable not to reflect the hard work and efforts of the defender during that period. The court rejected that, saying part was due to the value of heritage increasing and part due the efforts of the Associates working in the practice and not just the defender.

The defender sought to argue that the value in consideration of the pursuer's shares which he wanted transferred to him ought to be valued on the basis of the relevant date value, and he argued that if he had to buy the pursuer out at current value, it was not fair. The court rejected this, stating the argument overlooked the plain provisions of s 10(3A) of the Act which provided that transfer must be at value on the date of making the order, and he had not made out a case for any exception to that.

The defender also sought to argue for a departure from equal sharing under s 9(1)(b) of the Act. He had gifted the shares in the corporate entity to the pursuer.  The court found that he too had benefited, as he paid less tax in doing so. The pursuer had entered a personal guarantee jointly and severally for business borrowing and had stayed at home caring for the parties' children. The defender’s primary position that she was entitled to nothing, was somewhat extreme. He submitted that the pursuer was entitled to nothing having regard to the term of the marriage, the period of separation, the income and other economic advantage obtained by her as a result of the shareholding and payments made to her as director.

The defender had ordered his affairs so as to make minimal contribution by way of child maintenance and was also ignoring the economic burden of children which fell to the pursuer.

This case is a helpful analysis of where reliance on expert evidence can go drastically wrong or indeed right in the pursuer's case. Knowing what your expert has expertise in and testing it against the rationale of the legal test as well as the opposing side's expert views, is always important.  Understanding the component parts of what is required to support your valuation is key too

If you don’t lead opposing expert evidence, the court will likely accept the other side's witness evidence, and when you do seek to present an opposing argument, make sure your expert understands the test which is being applied. The credibility of your expert who understands that they are there as an independent expert, whose duty is to the court and not the party, is critical

This case is interesting for its application of the sharing principles under the Act. However, I would caution readers on one aspect and that relates to the sharing of the value of the shares. It's not clear why the relevant date value of £551,790 for the shares was not included in the list of net matrimonial property. The court should share the total net value of matrimonial property as at the relevant date. That’s what the provisions of s 10(2) and s 9(1)(a) of the Act seek to achieve. Any departure from equal sharing would be applied to the total of the net matrimonial property as at the relevant date. When it came to transferring the shares, they are transferred as at the "appropriate date" valuation (which parties had agreed), and the expectation is that the difference in value of her shares between relevant date and appropriate date would require to be met by the husband, in full. In this case the Sheriff appears to have applied the departure to the appropriate date. There may other considerations which are not fully explored in the judgment. 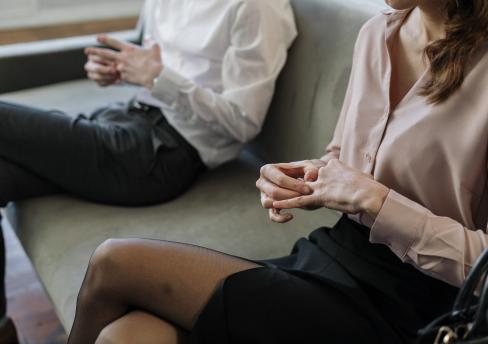 To Cohabit or not to Cohabit?

We don’t often see reported cases around relevant date disputes and particularly not ones where they have gone to appeal, but in McLeis...
Blog
/
16 May 2022 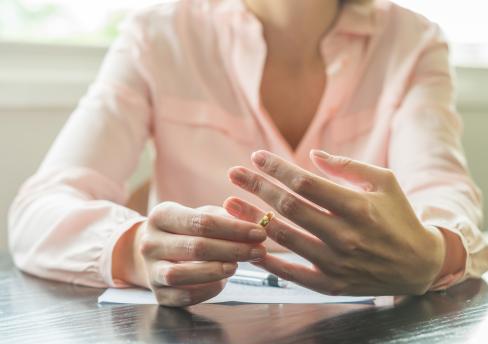 No fault divorce is now in England 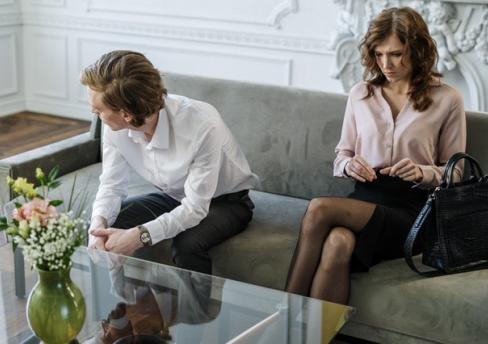 Can there ever be a good way to Divorce?

Divorce can be said to be a bereavement where the parties involved are very often highly emotional. Laying blame is often the default wherea...
Article
/
23 March 2022
Stay informed
Keep up to date with legal insights, our comments on the latest legal updates and articles covering all types of legal queries and scenarios, written by experts from our teams.
Sign up here
MAKE AN ENQUIRY